Vitamin C or Ascorbic Acid generally works as an antioxidant. It is popularly known to boost up the immune system of the body for protection from several diseases and infections. As they say, â€œPrevention is better than cure.â€ Most households have vitamin C supplements and regularly intake ascorbic acid pills in addition to the vitamin C that they get from the food they eat.

Vitamin C can be gained from many foods but many people still take oral supplements of it. Many people include the intake of vitamin C 500 mg tablets in their daily routine. Doctors may prescribe large doses from 1000 mg to 2000 mg tablets to those who have infections or are immune-compromised. (having a weak immune system) 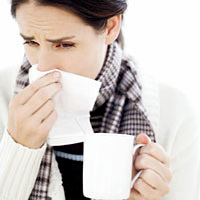 A common cold is a self-limited illness that can be caused by many types and strains of viruses for over 200 or more rhinoviruses. It is extremely common and widespread. When we say that an illness is self-limiting, it means that the illness does not need medications since it can be gone after a few days. There is no cure for a common cold since it has a viral cause but you can get relief by bed rest, increasing the intake of fluids, taking over the counter drugs to decrease symptoms. The popular term of â€˜common coldâ€™ pertains to upper respiratory viral infection. It is contagious and for sure everyone has experienced getting down with a cold. The set of symptoms may include sneezing, coughing, sore throat, nasal congestion, painful sinuses, hoarseness of voice, watery eyes, low grade fever, and a runny nose or rhinitis. Some people may even have posterior nasal drip, wherein secretions from the nose drop to the back of the tongue. Some people also experience it with body aches and fatigability. Symptoms vary from one person to another. Many people claim that they cannot work well and needs bed rest. Sufferers claim that it can badly affect their performance at school or work. Sneezing in the public and the other symptoms can be very embarrassing at times. A long list of viral causes is the culprit for the infection and parainfluenza virus, coronavirus, adenovirus, and respiratory syncytial virus are just to name a few. It is the most frequently occurring illness in the whole world. It usually attacks when the immune system is down or when the body is at stress.

A little bit of History

For years, people have claimed that the intake of vitamin C supplements really helps in curing the common cold but up to this date, no study has concluded that vitamin C really can prevent colds or reduce their severity.

Nobel Prize winner Linus Carl Pauling made several studies during the 1970s, claiming that vitamin C has increased survival rates for terminally ill patients and those who are suffering cancer. Â A decade later, studies confirmed that vitamin C was not really effecting in treating cancer and that his claims that vitamin c can prevent coming down with a common cold were quackery or fraud. This ended the popular belief and the scientific community discounted his claims because research suggested that regular ingestion of vitamin C supplements is not effective in reducing the number of colds people suffer each year. In the later years, scientists continued to study and revisited the cornerstone review of the literature on vitamin C and colds. By making some changes in the underlying assumptions and methodologies of the original review, they concluded that vitamin C in amounts up to 1 gram daily may indeed shorten the duration of a common cold by about one day and reduce the severity of its symptoms by about 23 percent. This effect may be greater in children than in adults. To this date, people still believe that it is a necessity to have a dose of oral vitamin C tablets daily as supplement and so this explains why most people consider having vitamin C in their households.

Vitamin C is a water-soluble vitamin. This means that the vitamin is being excreted by the kidneys. When you take high dosages of vitamin C, before you reach the toxic level, you excrete them in the urine as waste. Unknown to people but they are putting their cash into the toilet. You don’t want to lose your cash by flushing it down.

Vitamin C when taken in large doses for a short time (2 grams daily for two weeks) can reduce blood histamine. The effects of histamine are like allergic symptoms such as sneezing, stuffy or runny nose, coughing and swollen or painful sinuses, and watery eyes. Antihistamines provide relief from those symptoms. Antihistamines are chemical neurotransmitters that your body produces in reaction to an allergen. An exposure to a common cold virus may stimulate the body to release antihistamine as an allergic reaction. In drug like doses, vitamin C may work like weak antihistamines by deactivating histamine.