Acute pancreatitis refers to the inflammation of the pancreas. The pancreas is not a very â€œpopularâ€ organ, so to speak, since it is not as vital as compared to the other organs such as the heart, the liver, the lungs and the kidneys. Nevertheless, the pancreas which lies behind the stomach does carry important responsibilities in the digestive systems. Certain factors which contribute to acute pancreatitis thus cause one to feel pretty miserable. Letâ€™s have a deeper understanding about this disease.

What actually does the pancreas do?

The pancreas is a gland which produces enzymes and substances that helps to digest the food we eat. The many different types of dietary intake we consume daily are broken down into substances such as carbohydrate, fats and proteins. The pancreas secretes the necessary enzymes to aid this procedure so that these nutrients can be further be digested and absorbed into our body. 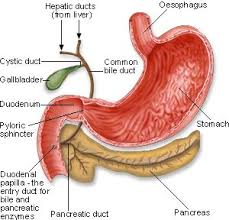 What causes the pancreas to be inflamed?

Several factors that have been shown to contribute in the development of pancreatitis:

Signs and symptoms of pancreatitis

The most common symptom that one with pancreatitis would present with is abdominal pain, especially at the upper part or central of the abdomen. The pain comes suddenly and increases in severity, and it may radiate to the back. But such pain could be relieved by positioning of sitting forward.

Vomiting is also a prominent symptom. Some may experience nausea or diarrhea.

Fever is most often presence since there is inflammation going on in the pancreas.

What to expect from the doctor?

First of all, the doctor should rehydrate the patient with intravenous fluids as most likely the patient is dehydrated from the fever and vomiting. Painkillers would also be given to control the pain.

Then the doctor would want to run some investigations in order to help confirmÂ the diagnosis of acute pancreatitis, such as:

Other imaging studies such as computed tomography (CT) scan or magnetic resonance imaging (MRI) are usually reserved for severe cases to rule out complication such as pseudocyst or pancreatic tumor.

Aside from the management mentioned earlier, i.e. hydration with intravenousÂ fluids and painkillers, once the diagnosis of acute pancreatitis is confirmed the patient will not be allowed to eat for a few days, until the condition has been fully stabilized. Oxygen will be delivered via a face mask to aid in breathing as some patients may experience some difficulty.

When the cause of inflammation to the pancreas is identified, the main objective of treatment is to treat the cause. Â Depending on the cause, the treatment could be as follow: