Gastroesophageal Reflux Disease or GERD is a chronic disease in which food or liquid contents from the stomach (gastric contents) regurgitate as reflux to the esophagus. Some degree of back-flow of gastric or duodenal contents into the esophagus is normal in both adults and children but excessive reflux occurs due to incompetent lower esophageal sphincter (LES) or the opening from the esophagus going to the stomach. GERD can also be caused by pyloric stenosis, or motility disorder wherein the gastric emptying time of the stomach contents to the duodenum is slower than the normal. GERD can also be caused by impaired digestion and infection such as peptic ulcer. Gastroesophageal reflux disease can be transient or permanent in nature.

Our stomach generates several acids and enzymes to digest food to its simplest forms. The inner lining of the stomach have several mechanisms of its own to resist the harmful effects of the strong acids that it contains. However, the esophageal inner lining does not have mechanisms of its own. The lower esophageal sphincter functions to protect the gastric contents from backflow. An incompetent lower esophageal sphincter has an abnormal relaxation of muscles and cannot prevent the regurgitation of gastric contents. Thus, in severe, chronic cases of gastroesophageal reflux disease, the esophageal lining and tissues are damaged.

Impaired digestion can also cause reflux when the stomach is unable to digest food into chyme before emptying through the parietal sphincter then emptying to the pyloric sphincter going to the duodenum.

Infections to the stomach can also cause reflux disease. A typical infection, the peptic ulcer is caused by the bacteria Helicobacter pylori which damage the mucosal linings of the stomach, lower esophagus and the upper intestines. 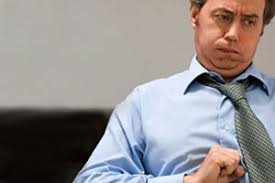 Symtoms may include burning sensation in the esophagus or pyrosis, indigestion or dyspepsia, regurgitation of gastric contents, hyperacidityor the increase in acid level in the stomach, hypersalivation or the increase of saliva secretion, esophagitis or the inflammation of the mucosal lining of the esophagus, heartburn, dysphagia or the difficulty in swallowing due to pain and inflammation. Symtoms may mimic those of having a heart attack so diagnostic procedures are a must to rule out the problem and to get to know the treatment.

Endoscopy is done to view the lining of the gastric mucosa as well as the esophagus lining to rule out the diagnosis. A barium swallow is also done to examine the upper gastrointestinal tract from the esophagus to the upper intestines. A contrast medium, barium sulfate suspension is swallowed by the client to enable the hollow structure and path of the esophagus to be viewed in detail in an X-ray.

We love to eat, of course.

Nutrition is utmost important as well as in treating the symptoms. A person suffering gastroesophageal reflux disease may be managed by lifestyle and diet changes. Diet definitely has a lot to do with the management because our gastrointestinal tract deals with FOOD. We love to eat and most of the time, the foods that we love to eat are the ones that can be culprits to further damaging our gastroesophageal mucosa. Diets can be difficult to follow so aside from knowing what foods to eat and not to eat, creating your daily diet list can be a lot helpful in recreating your eating lifestyle. Knowledge then becomes our armor in managing an acid reflux disease.

Dairy products are not recommended as they are acidic and may cause gas formation. Caffeinated food and beverages should be avoided as they induce more secretion of gastric acids that can irritate further the mucosal lining of the stomach, esophagus and lower intestines. Caffeine adds up to incompetency of the lower esophageal sphincter. Carbonated beverages are also avoided as it can cause hyperacidity and also gas formation and flatus. Dividing your feedings to small, frequent feedings can help a lot as your stomach emptying time is much slower than a normal person. This can also aid in the feeling of being bloated. Avoid spicy foods as it can be irritable to the mucosal linings. Oatmeal diet for snack or breakfast can help absorb the stomach acids while its thickened consistency makes regurgitation less to occur. Oatmeal also aids in digestion. Chicken is a lot recommended than pork and beef because it is a lot easier to digest and has lesser fat. Green, leafy vegetables helps in better digestion and can be a good source of vitamins and minerals. Alcohol is also avoided because it can add irritation to the linings of the mucosa.

You are what you eat. Like the old clichÃ©, it is always a friendly reminder for everyone else to keep everything you put in your mouth in moderation.